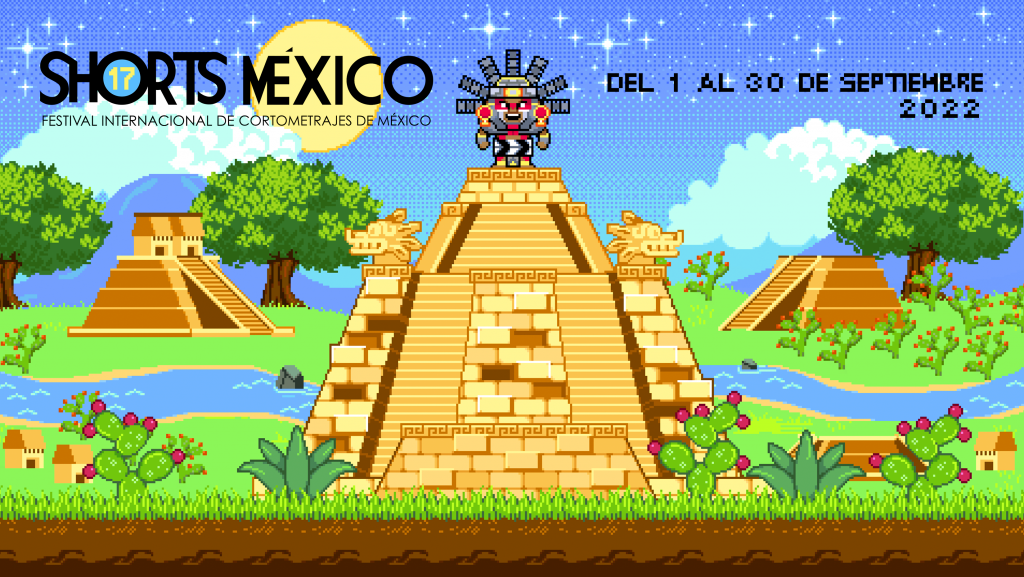 Shorts México, Mexico’s International Short film Film Festival, is celebrating its 17th edition and anniversary, which will take place from September 1st to 30th, 2022, with 30 physical, virtual, and mixed venues in the 16 municipalities of Mexico City. Also, there will be a total of 35 venues all across the country.

A whole 1055 short films will be screened: 879 from Mexican creators and 179 created abroad, with a historical record of 65 participating countries. In that sense, this edition will have 13 national and international contestant sections, which are:

Additionally, there will be several screenings of mexican shorts outside the competition, which are:
Along with this, some conferences, tributes, retrospectives, and special programs will be included. There will be an “en Corto”* tribute to actor Tenoch Huerta, Baja California, and the 25 anniversary of DIS. Retrospectives will be dedicated to Roberto Fiesco, Kristyan Ferrer, Victor Gaviria, the 25th anniversary of the GIFF (International Film Festival of Guanajuato, for its acronym in Spanish), and to Italy.

Not to mention the showcases of Red Ibero Fest, the UNAM (National Autonomous University of Mexico, for its acronym in Spanish) film library, the Marseille Festival, Procine Short Films, the 17th anniversary of Shorts México productions, the 10th anniversary of The Open Reel, Arielados, Curta Cinema (Brazil), Unifest, the 5th anniversary of the Film School, Les Nuits en Or, Largo en Corto, Mexicortos, and the House of Mexico in Spain.

The conferences, which are carried out by Shorts México Academy, the training area of the festival, will be performed from september 7 to 15 at the Film School. The topics are: Royalties, Screenwriting, Procine, Directing Actors, Actors before the camera, the Filming Commission of Mexico City, Journalism and Film, and Film marketing.

On the other hand, the festival will present its program in a hybrid way. This year, it will be present on platforms such as Shorts México, Wahu, FilminLatino, the UNAM film library, and Festhome from Rediberofest, as well as the Facebook accounts of the festival’s venues. Additional to these, Canal 22 will be the main venue on television. Within the physical venues where the festival will be screened, we have:


Cinema Cuervo, Oaxaca, Oaxaca.
Along with these cities, the festival will be present in Tokyo, Paris, Bogotá, Panama, Madrid, Río de Janeiro, Guayaquil, Santiago, and more.

Finally, we urge you to follow the official social media of Shorts México to stay on top of their venues and more activities.
“en Corto” is a common Mexican expression to say that something is done amongst people we’re close to, or that something is done quickly.
Regresar boletín septiembre 2022
Our website uses cookies from third party services to improve your browsing experience. Read more about this and how you can control cookies by clicking "Privacy Preferences".